In the early April of 2017, NIEROS® organized a meeting of representatives attended by the representatives of Austria, Belgium, Croatia, Finland, Hungary, India, Italy, Russia, Saudi Arabia, Spain, Ukraine and United Kingdom. Their response to the two-day meeting was exceptionally good.

The first day was intended for professional consultation within NIEROS® sales strategy 2017–2022. The team of sales staff and designers prepared a presentation of NIEROS® solutions divided into five segments: personal hygienic equipment, industrial washing machines, intralogistics, solutions for special purposes and custom-made solutions. Two new NIEROS® showrooms showcased how some of the presented solutions work with special focus on the CLK 200 and CLT 400 industrial washing machines, which was followed by a constructive discussion developed among the participants only to continue the following day, but in a more relaxed atmosphere. On the second day, NIEROS® took their representatives on a trip around Slovenia. Having visited Planica with Nordic center and Bled, both the castle and the lake, the representatives were impressed by the beauty and culinary delights of Slovenia. Despite a tough two-day schedule, the dealers had returned "home" with plenty of new information and powerful impressions.

We would like to thank the representatives for the participation and their contribution to the meeting (ideas, feedback, ...). The meeting was successful in all respects as it is already starting to show positive results, which we believe will be even more apparent in the future. 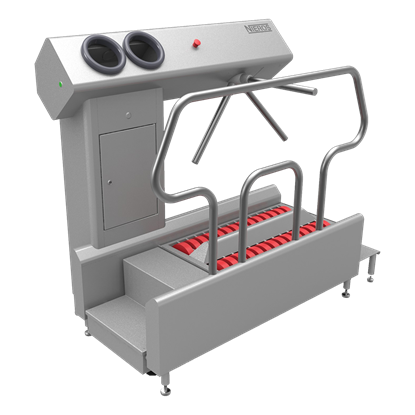